An interactive guide to promote awareness of topics related to lesbian, gay, bisexual, and transgender individuals. 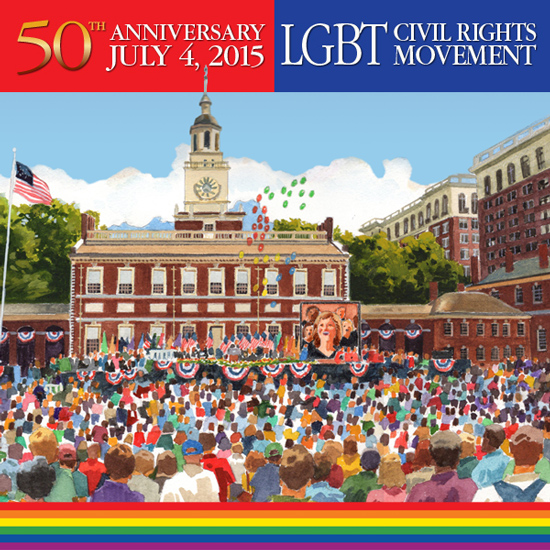 This site is designed to help you learn more about about issues concerning lesbian, gay, bisexual, and transgender individuals.

"Lesbian, Gay, Bisexual and Transgender Pride Month (LGBT Pride Month) is currently celebrated each year in the month of June to honor the 1969 Stonewall riots in Manhattan. The Stonewall riots were a tipping point for the Gay Liberation Movement in the United States. In the United States the last Sunday in June was initially celebrated as ‘Gay Pride Day,’ but the actual day was flexible. In major cities across the nation the ‘day’ soon grew to encompass a month-long series of events.

“Today, celebrations include pride parades, picnics, parties, workshops, symposia and concerts, and LGBT Pride Month events attract millions of participants around the world. Memorials are held during this month for those members of the community who have been lost to hate crimes or HIV/AIDS. The purpose of the commemorative month is to recognize the impact that lesbian, gay, bisexual, and transgender individuals have had on history locally, nationally, and internationally.

“In 1994, a coalition of education-based organizations in the United States designated October as LGBT History Month. In 1995, a resolution passed by the General Assembly of the National Education Association included LGBT History Month within a list of commemorative months.

“LGBT History Month is also celebrated with annual month-long observances of lesbian, gay, bisexual, and transgender history, along with the history of the gay rights and related civil rights movements. National Coming Out Day (October 11), as well as the first ‘March on Washington’ in 1979, are commemorated in the LGBT community during LGBT History Month.”

ABCs of LGBT and Gender Expression

The following terms are from the GLSEN website. Its anti-harassment campaign information states, "To better understand what or why some language is hurtful, it can be useful to learn some proper terminology."

Ally: any non-LGBT person who supports and stands up for the rights of LGBT people.

Bisexual: a person who is attracted to both men and women.

Closeted / “In the Closet”: describes a person who keeps their sexual orientation or gender identity a secret from some or all people.

Coming Out: the process of acknowledging one’s sexual orientation and/or gender identity to other people. For most LGBT people this is a life-long process.

Gay: a person who is attracted only to members of the same sex. Although it can be used for any sex (e.g. gay man, gay woman, gay person), “lesbian” is usually the preferred term for women who are attracted to women.

Gender Expression: the manner in which a person outwardly expresses their gender.

Gender Identity: a person’s inner sense of self as male, female, or somewhere in between. Most people develop a gender identity that corresponds to their biological sex, but many do not.

Heterosexual / Straight: a person who is only attracted to members of the opposite sex.

Heterosexism: the attitude that heterosexuality is the only valid or acceptable sexual orientation.

Homosexual: a clinical term for people who are attracted to members of the same sex. Some gay men and lesbians find this term offensive.

Lesbian: a woman who is only attracted to other women.

Outing: the act of revealing an LGBT person’s sexual orientation or gender identity without that person’s consent.

Questioning: a person who is unsure about their sexual orientation or gender identity.

Sexual Orientation: a person’s attraction to members of the same and/or opposite sex. Includes gay, lesbian, bisexual and heterosexual.

Transgender: a person whose gender identity does not correspond to their biological sex.

The following eBooks are available through the Rasmussen University library system.