A guide to assist in the education and awareness of poverty in America.

Poverty Awareness Month is observed during the month of January.

This site is designed to promote awareness of poverty in the United States, to recognize the relationship between poverty and discrimination, and to learn ways to get involved to help eliminate poverty.

"Poverty is the parent of revolution and crime."
-Aristotle

For more information, visit the US Census Bureau website. 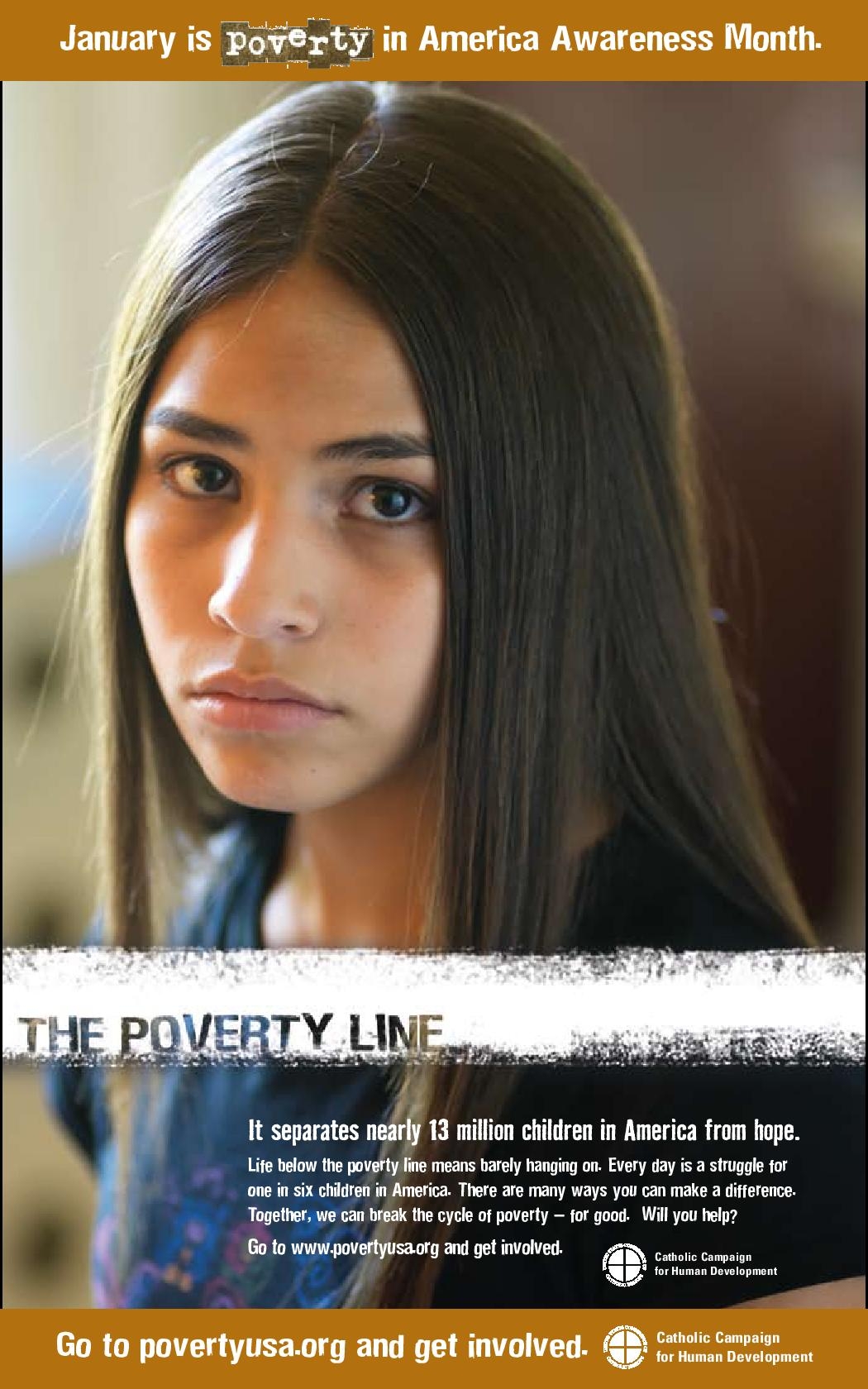 For more information about poverty in the United States, please visit Catholic Campaign for Human Development, the provider of the image and web banner used in this section.