Skip to Main Content
It looks like you're using Internet Explorer 11 or older. This website works best with modern browsers such as the latest versions of Chrome, Firefox, Safari, and Edge. If you continue with this browser, you may see unexpected results.
Rasmussen University Online Library 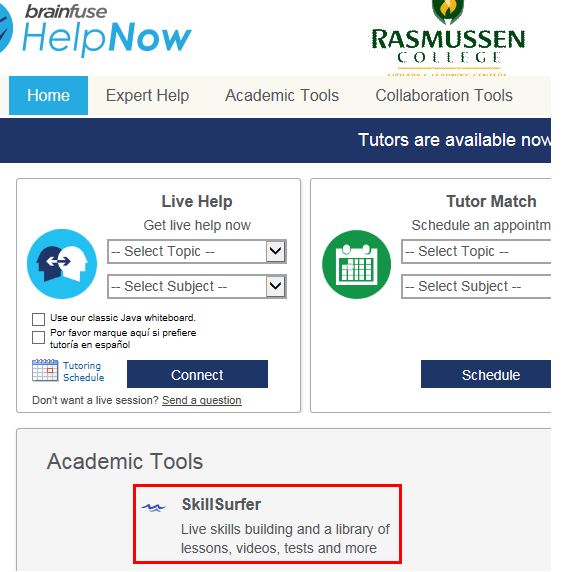 For additional tutorial content by statistics topic, please visit the Brainfuse tutoring platform and select SkillSurfer, as pictured on the left. Resources include:

-Displaying data in graphs and charts

For questions about Library resources for Inferential Statistics, chat with a librarian! 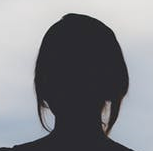 One of my instructors recommended STATDISK. It's software that comes with the textbook, and it's basically life changing. I've recommended it to so many other students when I hear they're taking Inferential Stats. 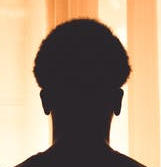 I don't know if I would have survived my Inferential Statistics class without the Live Help tutors. I'm not really a math guy, but they helped me break it all down until I got it. 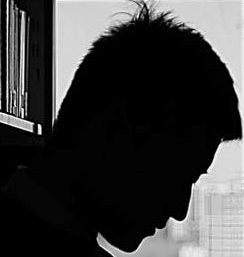 Two words: live lectures. My instructor was amazing, and it was the best place to ask questions because she knew exactly what assignments I was working on. 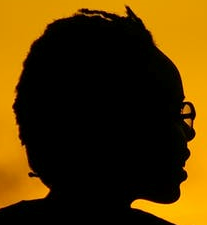 Sometimes I felt like I needed to see more examples or have things explained to me in different ways. I had luck with the tutorials in SkillSurfer, and I wish I had known about it from the beginning.

Click on the links below to access the full listing of statistics formulas and descriptions pictured in the image below: 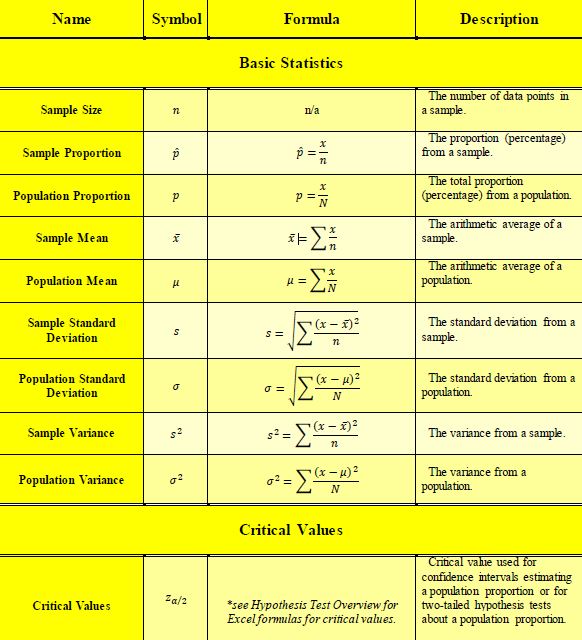 A parameter is a measurement (usually a proportion, a mean, or a standard deviation) of an entire population.  Usually these values are either impossible or unrealistic to find.

A statistic is a measurement used to estimate a parameter that is based on a sample taken from a population.

Formulas for constructing confidence intervals and minimum sample size can be found in the attachments in the links below:

Either a goodness of fit test or a test of independence will always a right-tailed test and use a  statistic for the test statistic and critical value.

Critical Value: The critical value is the same set-up for either type of test

Open the attachments located at the bottom of this box for notes on the following topics:

Correlation does not imply causation

We use the variable  to measure the strength of linear correlation.

Whenever  we conclude that there is no significant linear correlation.

Critical value is determined by the significance level and the sample size.  See Appendix A in textbook for table of critical values of correlation coefficients.

If  we say there is a positive linear correlation.

If  we say there is a negative linear correlation.