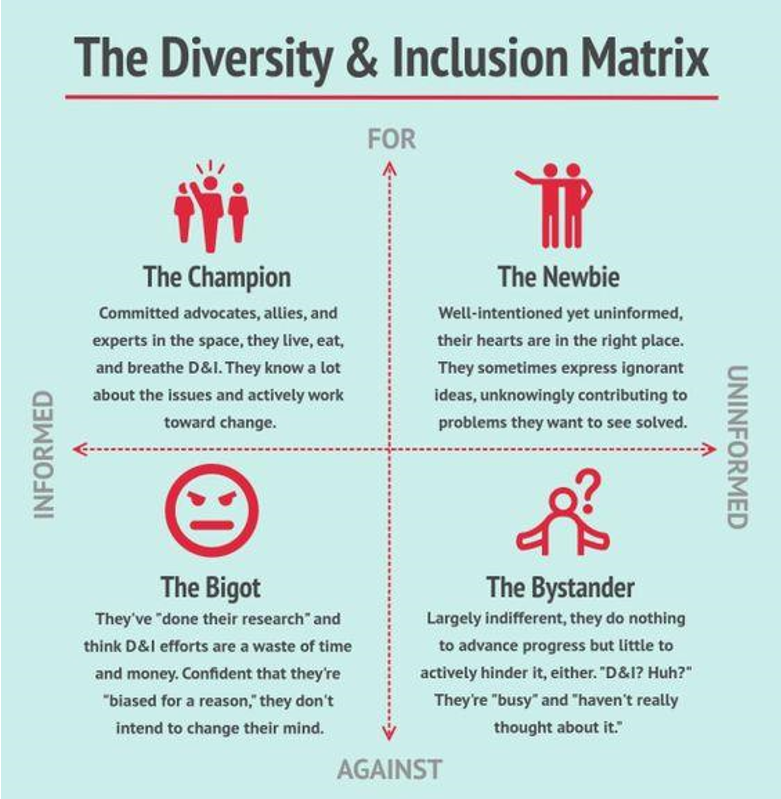 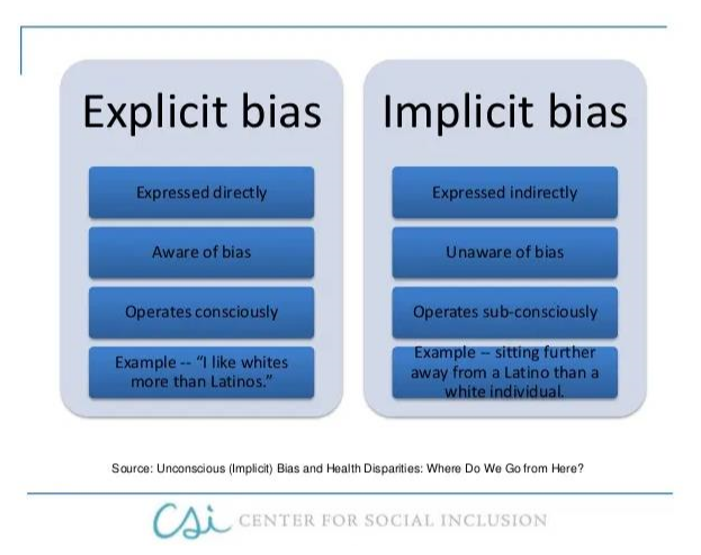 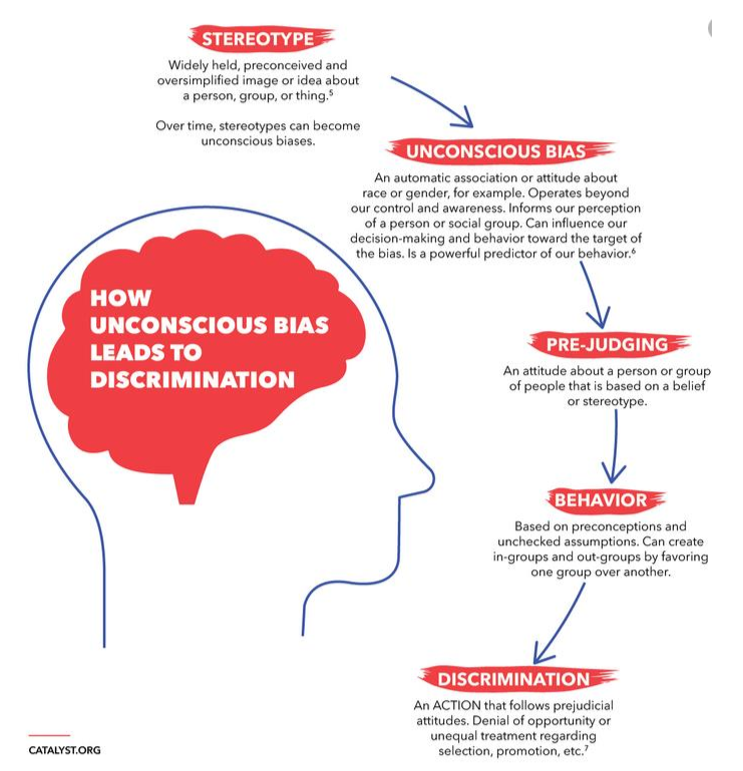 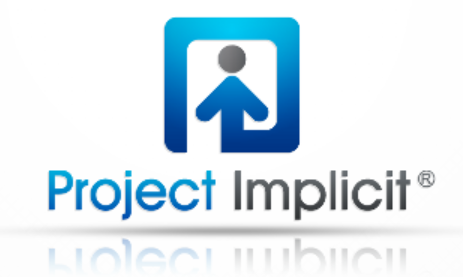 Harvard University's Project Implicit is a non-profit organization and international collaboration between researchers who are interested in implicit social cognition - thoughts and feelings outside of conscious awareness and control. The goal of the organization is to educate the public about hidden biases and to provide a “virtual laboratory” for collecting data on the Internet.

Use this slide deck and the Project Implicit resources to learn more about individual implicit bias. 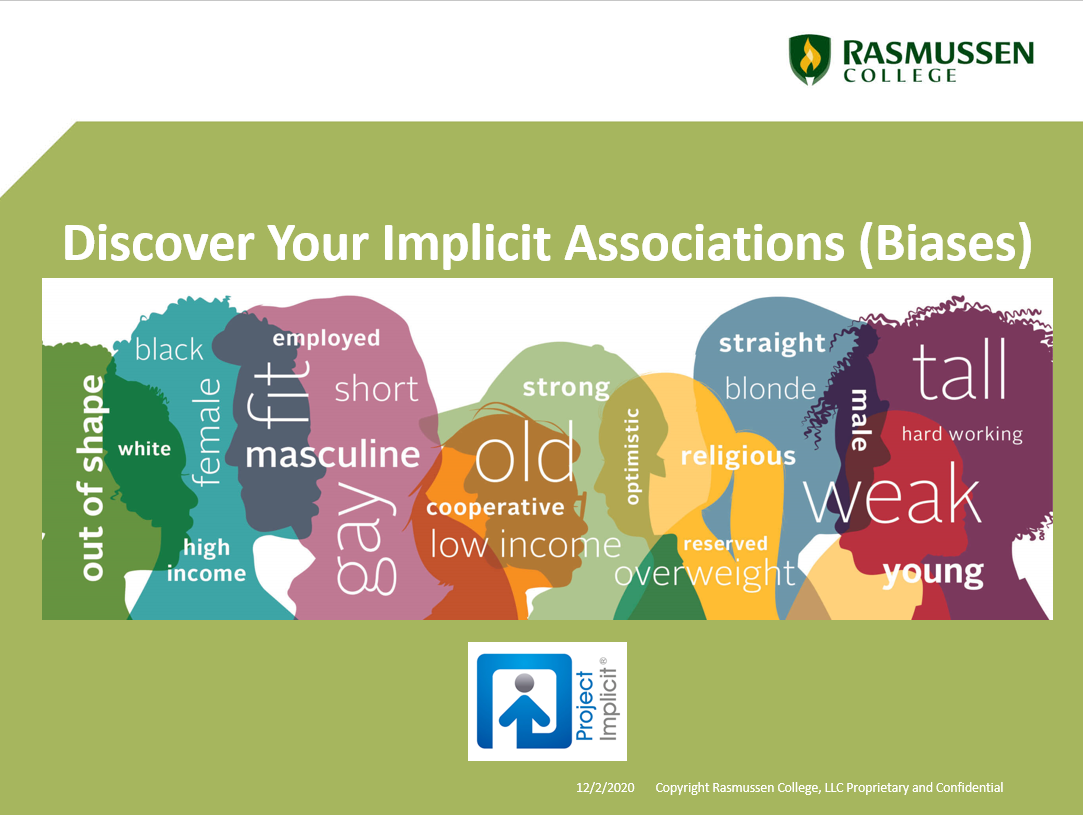 One College One Book Selection 2020 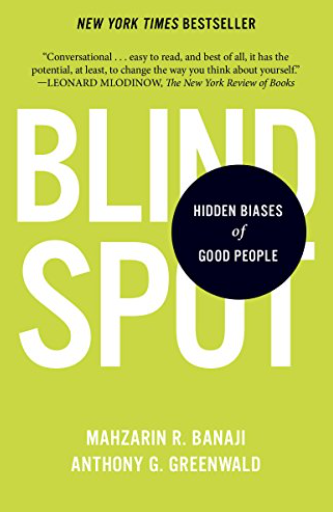 by Anthony Greenwald and Mahzarin Banaji 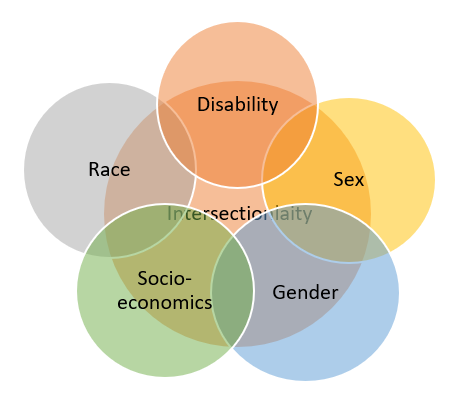 "Intersectionality refers to the ways race, class, gender, ethnicity, sexual orientation, ability, status and other markers of differences intersect to inform individual realities and lived experiences. Intersectionality recognizes that individuals and groups are shaped by multiple and intersecting identities. These identities often inform an individual’s world view, perspective and relationship to others in society" (Mason, C. N., n.d., p.5). 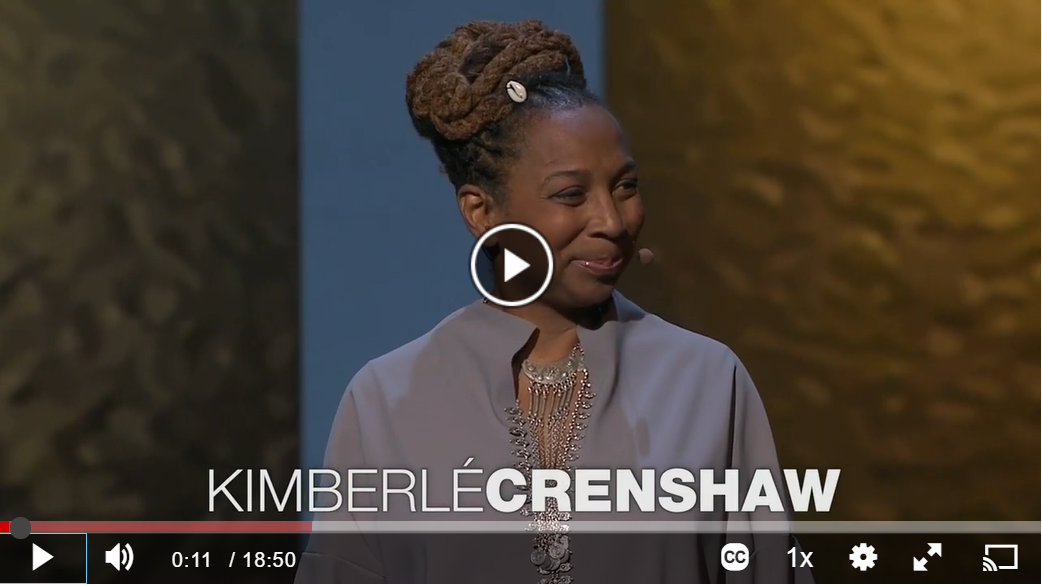 Selections from the Online Library: Intersectionality

TEDTalks: Janet Stovall - How to get serious about diversity and inclusion in the workplace. 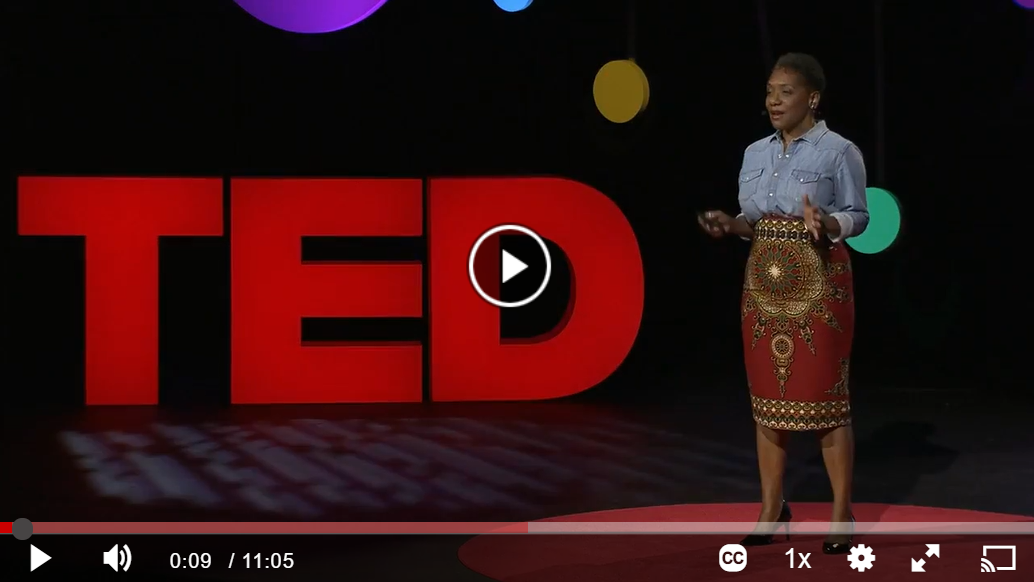 Resources: Inclusion in the Workplace 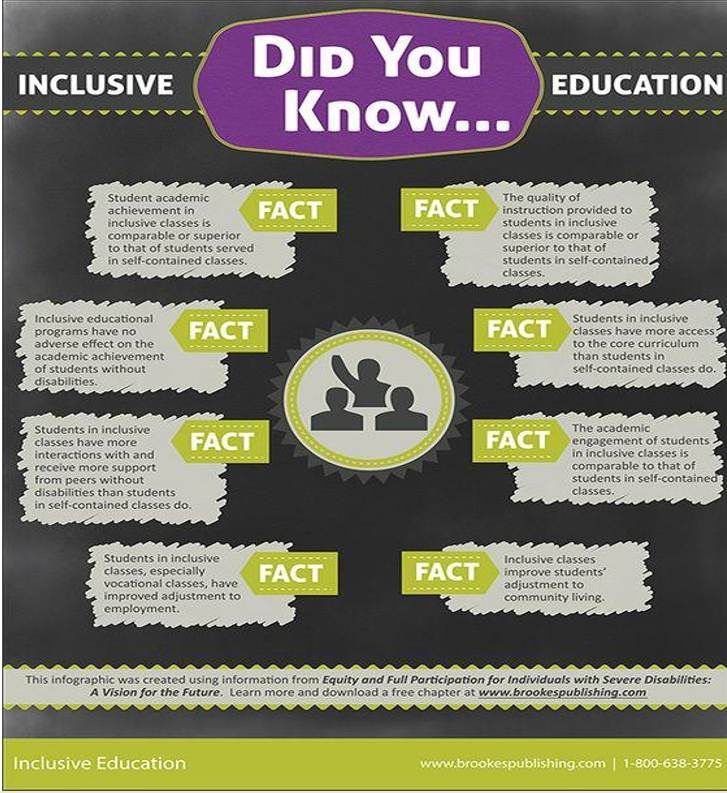 The resources linked below provide an opportunity for participants to self-assess and begin a dialog about inclusion in their educational institution. 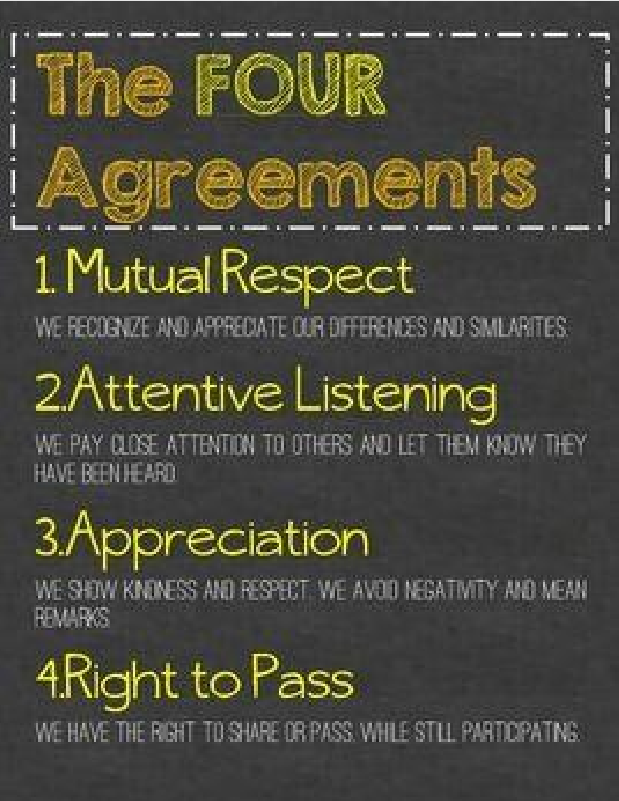